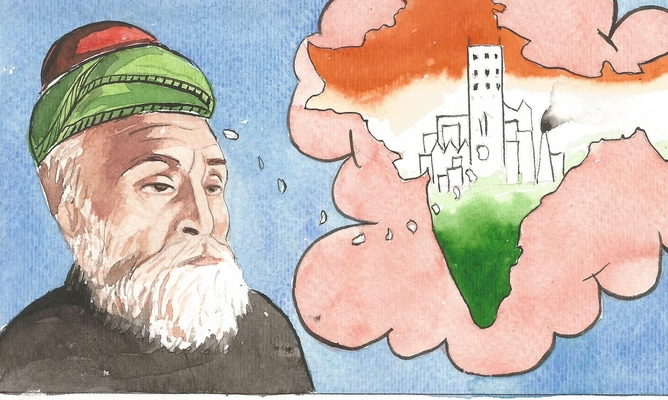 Overview:
-----------
*The crafts and industries are crucial for industrial revolution.
With the growth of industrial production, British industrialists began to see *India as a vast market for their industrial products, and over time manufactured goods from Britain began flooding India.
*The Wootz steel making process, which was so widely known in south India, was completely lost by the mid 19th century.
*Around 1750, India was world's largest producer of cotton textiles, and European trading companies were buying Indian textiles for sale in Europe.
*England began protesting against the import of Indian cotton textiles.
By the beginning of the nineteenth century, English-made cotton textiles successfully ousted Indian goods from their traditional markets in Africa, *America and Europe. Thousands of weavers in India were now thrown out of employment.
*During the national movement, Mahatma Gandhi urged people to boycott imported textiles and use hand-spun and hand-woven cloth, and Khadi gradually became a symbol of nationalism.
*From 19th century, cotton mills start setting up in India. By 1900, over 84 mills started operating in Bombay.
TISCO became the biggest steel industry within the British empire.

Themes:
----------
*Decline of handicrafts in the 19th century
*Brief reference to the growth of industries in the 20th century
*Case-study: textiles

Hema Senthilkumar - over 4 years ago